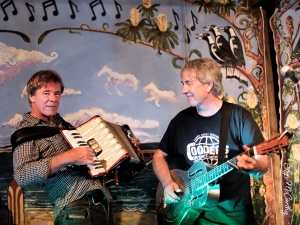 Blues music has a feeling of authenticity because it grew spontaneously out of life experience - as a release from the grind, an outburst of joy, a beat you could dance to.  Blues music continues to play a big part in popular music history: look back and you'll find the blues is one of the authentic roots of most contemporary popular music styles. It is this sense of authenticity which gives blues and other genuine folk music styles a sense of timelessness.Fast forward to the era of digital music. Technology has changed our relationship to music and influenced the music we hear on the airwaves. Digital sound "sampling" has produced a revolution in popular music making and pop has become a kaleidoscopic melting pot of musical genres. The commercial sheen of this ocean of digital music can ultimately make music seem bland, and authentic forms of folk music like the blues become increasingly attractive to musicians of all kinds, as they mature. To seek that nostalgic, quirky magic of authenticity becomes the passion.Australian acoustic music duo Slim Pickens & Dr. Baz have been making that journey back to the sources of their favourite popular music styles for many years now and from these explorations have distilled their own unique musical vision that is an affectionate and whimsical tribute to the early delta blues masters - those enigmatic pioneering guitarists and amazingly versatile songwriters and story tellers. 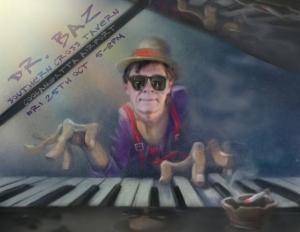